Getting Back to Basics By: Donald

Getting Back to Basics By: Donald 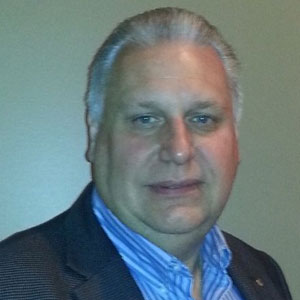 Have you ever had someone disagree with the RAG status of a project and seek to understand how they came to their conclusion? After delving into the details of their comments, side notes, and phone calls you come to understand that they have only looked at one key point that is important to the person posing the question. I have had individuals approach me or Project Managers in my PMO, indicating a project is being delivered on time, within budget or in scope vehemently disagreeing with the RAG status (Red, Amber, and Green) yet one of the other constraints is lagging behind. It is interesting that in today’s environment many of those who have a vested interest in a project don’t understand what we once called the concept of triple constraint. Yes, I know this concept is old school in that there are more than three constraints today but the Project Management Institute (PMI) in their latest release of the Project Management Body of Knowledge (PMBoK) 5th Edition indicates seven constraints are related to a project. Constraints a project manager needs to understand and inevitably be able to explain to their stakeholders.

Typically, in a project you balance the constraints to provide an overall status putting the project in the prevailing color of the least favorable status. Why may you ask, to ensure the stakeholders understand something is not right with the project. Obviously all these constraints are important but with a lack of understanding regarding how all these balance with each other I would prefer a simpler approach and later build in the complexity when there is a greater understanding. We need to look at what many sports coaches adhere to when something becomes perhaps too complex to grasp or just too intricate to understand we need to GBB (get back to basics).

With a simpler approach you can now balance the original three constraints against each other in what should be simpler concept to comprehend and explain. We also know if there is a change in one of the three the other two constraints can very well be adversely affected. It would be beneficial to understand the sponsor’s tolerance level for the three constraints. Obtain feedback from your sponsor either by asking them to prioritize or rank them based on what you as the project manager know about the project and validate with the sponsor.When requesting rank order on three constraints there are potentially six mathematical permutations regarding the order of importance the sponsor can provide. There would be over 5000 possible combinations of the seven constraints. I’m sure many of us would like to understand how that conversation progresses.

As a PM you need to understand the potential affect these have on each other. If there are issues with one you need to be able to get an idea what actions you should possibly take before asking the sponsor. As a general observer this would be seen as a good maturity level where the project manager is handling the project in a proactive rather than reactive manner.

Let’s take Scope as an example. If what needs to be delivered changes, the possibility of the project taking more time or costing more money are likely. The tolerance chart of the sponsor would help drive us to a recommendation before having to approach the sponsor. If your sponsor ranked Time as the most important, with Cost as second in importance, and the tertiary as Scope; a change in Scope may not be a an issue, but it may.Think about what the sponsors rank is telling you. The project needs to finish on time, some cost adjustments will be acceptable but scope can grow. If you are performing a monitoring and controlling function you would recognize the change and start to develop questions. Say the scope would be an additional 300 man days, at a cost of $480,000. You find out that 50 man days would affect the critical path. So we know in this case the potential for the end date being pushed out is high. If you added resources the project may be able to be delivered on time. But would the sponsor be acceptable of adding the cost? As the PM it would be your job to understand the net affect and bring the cost back to the sponsor and understand if he or she is acceptable of the change. Before you went to your sponsor based on the tolerance meter wouldn’t you be hesitant to bring a change regarding such a high cost let alone the new delivery? Instead, would you indicate to the sponsor there was a request via change control to add more scope but suggest based on the data you have collected a new project be put into the portfolio process and the project be delivered within the original timeframe, budget and scope? As a contrast, if the change was minor, would add a nominal cost and have no effect on the critical path the suggestion would be to proceed. I would highly recommend if you make such a change to a project you revalidate the sponsor ranking of the triple constraints. It is likely they will now have changes.

Add another layer of complexity by inserting Quality as the next constraint. Remember to add the fourth constraint to the tolerance for your sponsor, incorporate this as a change to the plan during the re-baseline phase.

Riding The Wave Of Digital Transformation: How Can Smaller Fi's Compete?

The 7 Tips For A Successful Master Data Migration And Ongoing Data...

Time For A Talent Reboot - Shifting From Management To Experience