The Project Management Box: 5 Tips To Get Out

The Project Management Box: 5 Tips To Get Out 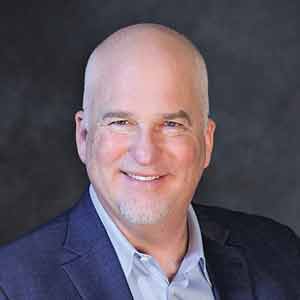 Why do companies set up projects to get things done? Why not just do the new work as part of existing organizational structures and practices? Because a project is a great way to put the right things together and handle them in an organized fashion. It creates efficiencies and repeatability. But it also runs the risk of not addressing the real problem, of putting something into a box because it fits, not because it belongs there.

We box things. We categorize them, separate them, split them up, and sort them out. We put people in boxes, segregating them arbitrarily, making unfounded assumptions. We like to categorize our ideas in separate disciplines; bodies of knowledge idealized as pristine and pure, but in fact fuzzy and muddled.

Boxing works, but at what cost?

This ability to sort and organize, to classify and align everything and everyone, can be a huge time-saver in getting things done. It is difficult to get traction on an activity without starting somewhere. Assumptions and initial best guesses might ultimately be wrong, but they get things going. However, at what cost?

Many years ago I was hired to be the Project Manager of a struggling project to report statistical data to state governments. I was the third person to fill the role, and it was made clear I would be the last. It was sink or swim time, and if it sank, I was going down with the ship! The issue to be solved was bad data getting reported to a regulatory agency. The problem was initially boxed as a reporting problem and that a better reporting tool and process would solve it. What I came to realize was that this was too narrow a viewpoint. Once I was able to get involvement from different business segments and really look at what was going on, it became clear the problem was the quality of the data going into the system, not the quality of the data coming out. To be successful, I had to unbox it and think about the problem differently.

However, it is trite to say the solution to everything is to “think differently”, or “keep it simple”. Those are good axioms but no guarantee of success. It makes no sense to argue that putting things in a box has no value. We do it all the time because it works. However, that box is also a trap, and for a higher degree of success, we should not limit ourselves in this way.

How to think about it differently

Keeping out of the box does not have to be so hard. It is about being mindful of the trap, and thinking as clearly as possible. Here are five tips for not getting boxed in:

Ditch the fake news. Your first understanding of a problem is likely to be wrong.Avoid making unfounded assumptions. Take other people’s views with a grain of salt.Both your assumptions and their views may be correct, but in many cases they are not. By challenging your first impression you create a more level playing field for understanding the problem and your possible solutions will be much more balanced.

Warp your perspective. Ruts are easy to get into and hard to leave. You can better avoid always thinking of problems in the same way by purposefully taking contrary views to the problem to be solved. If a customer calls a problem blue, you think of it as red. If things have always been handled one way, go in a different direction. You can conduct a thought experiment, or even try out some seemingly bizarre approaches. It might not result in the best solution initially, but you will learn a lot and get closer to your goal.

Trade hats for a while. It can be hard to think differently in a theoretical way, so make it real. As part of a project team, change roles for an hour, a day, a week. Observe the issues the other person is facing.Understand why they act the way they do, what drives them.Building empathy for the other guy’s problems will radically improve your ability to think through and resolve issues that from only your own perspective seems unmanageable.

Separate wheat from chaff. Whether you are caught in the project box or not, keep in mind not everything will be done. Not every question will be answered, not every problem will be solved.Focus your time and energy on the topics that are most important.Keep in mind that what seems important from inside the box make actually be trivial from outside.Think first, then act, and your efficiency may increase.

Do the needful. Sometimes you just have to get dirty and get the job done.If that means the project manager does some analysis, the developer does some requirements, or the subject matter expert brings in donuts for the stand-up, then so be it.Doing the needful can also mean making hard decisions as the project manager.It means pushing back when the requirements do not make sense.It means telling the business owner of the project they are not focusing on the right issue, or they are not providing the right experts.It means taking a step back from frantic delivery and reviewing if the actual problems are really being solved by the approach, regardless of how much time and money may have been spent to that point.

Project boxes serve a variety of convenient purposes.However, as many a cat has learned, they can also be a trap if jumped into without thought for how to get out.Human nature will ensure the continued existence of project boxes for all time, but with a little effort, and keeping these five tips in mind, you can escape the box often enough to be successful in your project endeavors.

Great Expectations: Balancing the diverse needs of a city in a...

"Discovery and Delivery" - An Approach to IT Workload Balance

How has the pandemic changed the perspective of Ed-Tech Industry?