You Are Not As Done As You Think You Are

You Are Not As Done As You Think You Are 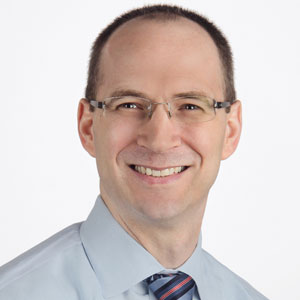 Project management is fraught with peril. Both inexperienced and experienced project managers alike typically are optimists. This optimism leads to a few challenges, as humorously depicted in the Ninety-Ninety rule:

You are four weeks into a 12-week project; therefore, you must be one-third done. Right?

Uh, no. The team may still be mobilizing at the start of a project. The project manager (you!) may be finalizing the governance structure. Your architect may be confirming and licensing tools. Your team members may be training or wrapping up their last projects. There may have been a "snow day" that closed the office. It is not likely that you are one-third done just because the calendar pages have turned.

You have spent one-half of your budget; therefore, you must be one-half complete. Right?

Uh, no, again. The early stages of a project often are characterized by getting up the learning curve and becoming efficient. Whether you and your team are learning new tools and new frameworks or are getting to know a new client, it is likely that your efficiency at the beginning of a project is less than you estimated and less than it will be at the end of the project. It also is not uncommon to need to do some rework of the earliest parts of a project as requirements clarify and the team gels. You can call this "refactoring," if you'd like, but no matter what you call it, it is doing the same work two times with only one budget.

• Forgetting there is a tail on a project before your customer confirms the project is done. You finished the code, so you are done. Right?

No again. You are sensing a theme by now. Did you finish the documentation? Did you develop training? Did you deliver the training? Was the delivery successful? You can call it "drag" or "technical debt," but it all amounts to the same thing: Extra work to do before you are done.

Professional project managers recognize this tendency to over-estimate "doneness. “You should take actions to keep this tendency from impacting your success:

• Plan for a slower start.

Expect the first portion of a project to accomplish less of the final effort than the percentage of time or budget would suggest. Plan for time for your people to gel as a team. The exact same task likely will take 10 percent to 20 percent more time if it is done in the first part of a project than if it is done after the team has hit its stride.

• Plan for some amount of rework.

The decisions you make at the beginning of a project are made with the least amount of relevant data and context. You should plan to have to redo some parts of the early work of the team because you will have learned more. You'll identify these parts in your first one or two technical reviews or in your first customer demo.

• Track progress against goals and milestones.

It is easy to overlook early indicators in a project that everything is not going according to plan. If you start out tracking progress against goals and milestones, you won't report one week that everything is on-schedule and then have to report the next week that you are weeks behind.

• Temper your optimism with experience.

At the start of any project, be excited! Your team should be optimistic. Don't kill that enthusiasm, but temper it with your experience. Experience says the good times won't last forever, so be prepared when the news is less than good. Don't lose faith in the overall plan.

• Determine a true estimate to complete. Don't plan for your earn/burn ratio to change magically to 1:1.

If you are completing only 90 percent of what you set out to complete each week, do not expect that all remaining work will be completed at 100 percent efficiency. Unless you have specific reasons to believe that the team's efficiency will go up (e.g., you gain another experienced team member at no cost), the best predictor of future performance is prior experience.

• Dig into the root cause of your situation.

Project management remains fraught with peril. Be honest with yourself. No matter how much you want the project to be on-time and on-budget, the reality sometimes is different. With experience and hard work, the last 10 percent of a project doesn't need to take "the other 90 percent."

Disrupt Your Legacy Application Portfolio to Improve Security And...

Why a Credentialing Strategy Must be Part of Your Digital Strategy

The Convergence of IT with the Internet of Things Innovation

It’s On People: The Undeniable Cultural Impact in a Digital...

A Promising Road Ahead for Insurtech

Bolloré Logistics Australia becomes a global leader in the use of...